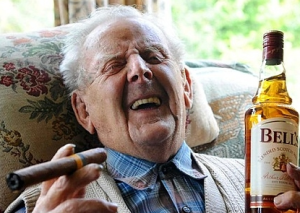 Firstly, what is epigenetics? To put it very simply, epigenetics is about the fact that how our genes manifest themselves depends on what we eat, how we are brought up and on our behaviour.

Epigenetics explains how nature and nurture are linked at a molecular level; nutrition, stress and many other environmental factors have effects on how our DNA is expressed without changing the underlying DNA.

What I find mind boggling is the fact that even though the underlying DNA doesn’t change, and the unchanged DNA is passed on to one’s children, it is possible to also pass on the change in the way that the gene is expressed.

People have always known that stress can cause illnesses; what wasn’t known was that the detrimental effects of stress can also be passed on to our children if the stress occurs during the key stages of sperm or egg formation.

As the focus here is on the diet, let’s get back to nutrition and the epigenetic effects of food.

Dr Lars Bygren, a preventative health expert from the Karolinska Institute in Stockholm studied 99 men born in 1905 in a sparsely populated area of northern Sweden to see if there were any long-term effects of the feast and famine years of the previous century in that area; the parish historical records were used to trace the parents and grandparents of those 99 men, and the well documented agricultural records which had been kept between 1799 and 1880 were used to determine how much food had been available to those parents and grandparents when they were young.

Later studies using data from the same parish in Sweden found that the granddaughters of girls who had also gone from normal to gluttonous diets also lived shorter lives.

These sex-specific effects suggest involvement of the X and Y chromosomes; it has been well recognised for a long time that environmental signals from mother to baby pass across the placenta (such as from the mother’s nutrition as well as other environmental factors), but the fact that there are also sex specific male line transgenerational effects weren’t previously so clear cut.

It has been speculated that an epigenetic chemical change in the Y chromosome on the grandfathers’ germ cells during a critical stage of early development then affected how the genes in their sperm were expressed and had a negative effect on the boys who carried that Y chromosome two generations later.

This Swedish study shows that there might be some sort of epigenetic response to stress or famine at particular times in our lives, allowing us to adapt to different circumstances from one generation to the next; in effect a short-term response system allowing subsequent generations to respond epigenetically to threats faced by our parents or grandparents.

Another interesting finding from the Swedish studies was that the impact skipped the parent generation; this is consistent with genomic imprinting (click on the references if you want to know more about genomic imprinting).

A single season of overeating can change the longevity of one’s grandchildren many decades later…maybe we can put some of the blame for the current epidemic of obesity down to what our grandparents ate?

One of the main differences between normal genetic evolution and epigenetics is the time scale involved – in Darwinian evolution random errors in DNA are followed by natural selection to ensure that the human race adapts to changes in our environment, but this takes scores of generations, whereas epigenetic changes can have immediate and transgenerational effects in the next one or two generations, as occurred in this Swedish study.

It seems that particular nutrients can reverse, change or modify the expression of critical genes associated with many processes, including embryonic development, ageing, and carcinogenesis.

Food is not just a simple fuel for our bodies – we should think of food as a type of environmental exposure as well.

One of the most graphic examples of an epigenetic change was when an experiment on ‘agouti mice’ was done. Agouti mice are so called because they carry the agouti gene, which makes them yellow, fat, hungry all the time, prone to diabetes and cancer, and unsurprisingly they die young. The offspring of agouti mice are usually also fat, hungry, short-lived and prone to disease like their parents.

The results were extraordinary – the offspring of the folic acid fed mice were slim, a normal mousy brown colour, not prone to disease and lived to a ripe old age even though these healthy offspring still carried the agouti gene unchanged.

The offspring of the pregnant mice that weren’t given folic acid turned out like their parents – fat, yellow and disease prone and also carried the agouti gene unchanged.

The folic acid caused these changes by virtue of the fact that folic acid is a ‘methyl donor’ and it modified the way that the agouti gene is expressed.

An adequate intake of folic acid when you are pregnant makes you less likely to have a child with spina bifida or anencephaly (a neurological condition also known as ‘neural tube defects’).

Smoking in pregnancy is known to be detrimental, but did you know that if a boy smokes during his teens it might have epigenetic effects on his sons?

The next example was derived from data using the ALSPAC cohort (detailed data were collected from 14,000 children and their parents from early pregnancy onwards in the Avon area). There were 166 fathers in this study who started smoking before the age of 11; the growth of the children of these 166 fathers was compared to that of children whose fathers started smoking at a later age, and after adjusting for appropriate confounding factors, it was shown that early paternal smoking was associated with a greater body mass index (BMI) in their sons at age 9, but no association at all was found in their daughters.

Finally, an example from a far corner of the earth – the soil from the foothills of Mount Everest is one of the most iodine deficient regions in the world; iodine in the human diet is necessary to produce a hormone called thyroxine, which is central to controlling the body’s rate of metabolism. If levels of iodine are low during pregnancy, the baby’s brain development might be affected, and the baby has a higher chance of being born with a condition called ‘cretinism’, which results in severe mental retardation. The incidence of cretinism in the Sherpa people of this remote region used to be 1 in 8, until potential mothers were treated with iodine injections in the 60’s and 70’s, after which cretinism in the next generation disappeared completely.

Even though the entire Sherpa population used to have an iodine deficient diet, only some of them developed adverse effects – i.e. dietary epigenetic effects vary from person to person.

Humans are the most versatile of species in their ability to adapt to extreme environments, but even we have limits – could it be that we have not yet fully adapted to post-agricultural foods? Try switching to The Healthiest Diet…